No room for complacency: winding up petitions still cause problems despite new measures

The sudden and wide-ranging effects on the UK of the coronavirus outbreak has had a similarly unexpected and far-reaching impact on businesses and the insolvency law regime to which they must adhere.

In normal times, the basic principle is: when it is clear that a company cannot avoid going bust, it must take steps to limit losses to creditors by putting itself into a formal insolvency procedure, thereby ensuring the fair distribution of assets and allowing for any necessary investigation of the circumstances of the company’s demise.

These are not normal times.

As a direct result of the government’s announcements that have restricted people’s ability to move around – and specifically closed certain categories of businesses – many companies are struggling to survive. Some have effectively gone into hibernation, using newly-created schemes to ‘furlough’ their staff and some are able to access grant or loan funding to help them weather the current economic storm.

At this stage it is difficult to guess the extent to which the government’s economic support package will help businesses to survive and bounce back from the current position. There are many unknowns, not least of which are whether the current lockdown will be tightened up before it is relaxed and how soon we can expect any relaxation of the rules to happen.

One of the measures introduced by the government has been to limit a landlord’s right of forfeiture for unpaid rent. Forfeiture is an ancient remedy which allows a landlord to take back possession of their property if the tenant defaults on the terms of the lease. The aim was provide a breathing space for businesses that find themselves unexpectedly unable to pay their rent due to the current lockdown.

However, there is anecdotal evidence that some landlords have been attempting to get round this by issuing a statutory demand for unpaid rent instead. A statutory demand remaining unpaid is grounds for the issuing of a winding up petition and is therefore a powerful tool to enforce unpaid debts. 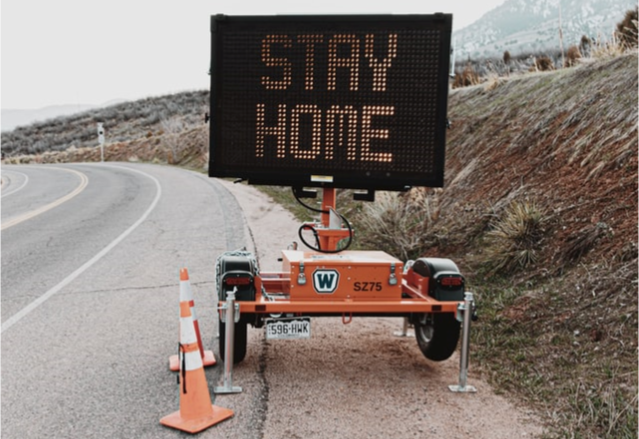 There are a couple of reasons why winding up petitions are likely to be, at least for now, relatively tricky things for landlords to use to enforce debts.

Firstly, the government has announced that a moratorium will be introduced to provide a breathing space to companies that are struggling with short-term cashflow problems. The detail has been consulted on previously however we await a draft of the legislation that will have to be passed by Parliament before we know exactly what the provisions will look like.

Secondly, the courts in London and elsewhere have been prioritising the most urgent proceedings and adjourning winding up petitions for between 12 and 19 weeks. So there is little likelihood of companies being wound up in the coming weeks.

Despite the practical issues that may slow down the hearing of a winding up petition, the issuing of a ‘winder’ still creates a huge problem for companies. This is due to Section 127 of the Insolvency Act 1986, which says that in a winding up by the court, any disposition of the company’s property made after the commencement of the winding up is, unless the court otherwise orders, void.

What does this mean in practice?

Due to the fact that the ‘commencement of the winding up’ is the day on which the winding up petition is presented at court, it means that any payments made by the company after that point, but before the company is actually wound up, are automatically void. This means that a liquidator can simply reverse the transaction and demand that they are repaid, regardless of who they are paid to, or why they are paid, or if the person who made or received the payment knew that the company was the subject of a winding up petition.

This usually means that a company is unable to continue to function, unless it obtains a court order validating each and every payment.

This is obviously a very onerous position to be in and is a reason why anyone who thinks that their company is likely to be served with a winding up petition seeks professional advice as soon as possible.