Dramatic fall in company insolvency in 2015

Company insolvency has fallen to its lowest level since 1989 whilst the number of people becoming insolvent is at the lowest level for 10 years. 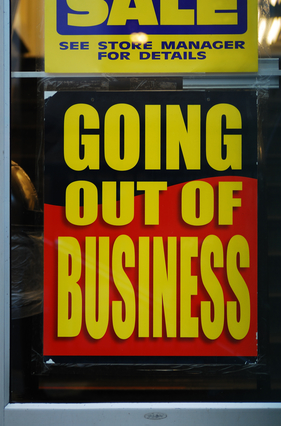 During 2015 14,629 companies became formally insolvent, a reduction of 10% compared to 2014. The number of individuals who used a formal insolvency procedure to deal with their debts during 2015 was 79,968. This was a 19% drop in comparison to the previous year.

The dramatic fall in the number of insolvencies is a clear sign that the economy, or at least part of it, is bouncing back from the financial doldrums that followed the last recession. Employees are starting to see their wages rise at least in line with the rate of inflation, reversing a trend of decreasing household incomes for many years. At the same time, companies are seeing a resurgence in optimism and are being boosted by continued low interest rates. There is also evidence of increased demand overall for goods and services as the economy continues to grow.

But whilst the overall numbers are clearly good news for the economy, it is interesting to drill into the figures for a more indepth picture. The figures also show which types of insolvency are being used more than others. The use of different insolvency procedures can give an insight into what it happening in the real world.

For companies, the number of compulsory liquidations, where the Court orders that a company is wound up, has fallen by nearly one quarter in the past 12 months to 2,874. In comparison, the number of ‘voluntary’ liquidations, where the directors decide that a company needs to be closed, fell by just 4%, to just under 10,000. This suggests that there are still many companies that are struggling with historic debt. It also suggests that for many companies there are major underlying problems that simply cannot be sorted out.

Businesses get into difficulties for all sorts of reasons, and at all stages of the economic cycle. It is therefore not surprising that many thousands of companies are being wound up even though the economy is ‘on the up’. We are seeing increasing numbers of business owners asking for help because of ‘overtrading’ or being unable to cope with a sudden increase in business. It is often the case that rising sales for a business can cause as many problems as declining sales.

So whilst the overall picture is rosy, spare a thought for those who are not yet sharing in the economic upturn. And if your company is struggling with insolvency issues, give us a call today for impartial, expert advice.